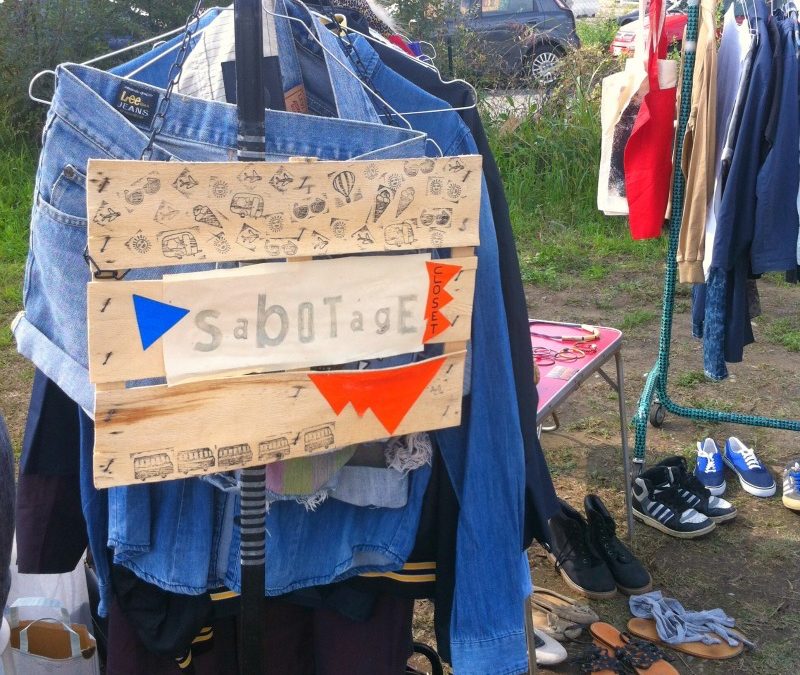 CasciNet’s Popcorn Garage Market. Imagine this: an ancient peaceful farmhouse-right out of a movie about Americans escaping their dreary lives and moving to heartfelt Italy- just thirty minutes outside of the hustle and bustle of Milan. 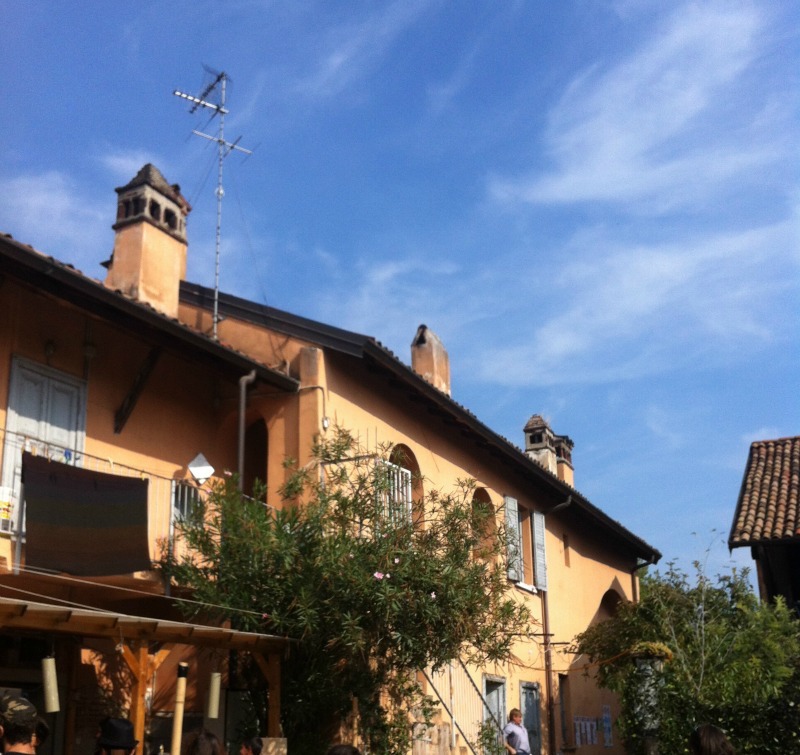 The initial impact was breathtaking and it just got better from there. The farmhouse was tucked in the center of a meadow like a county fair. The grass was littered with vintage and used treasure laid out on sheets or hung tightly against on another on rickety racks. As the name suggests, this was a type of flea market where vendors were selling their personal things or things personally-picked, making for a diverse and intimate selection. 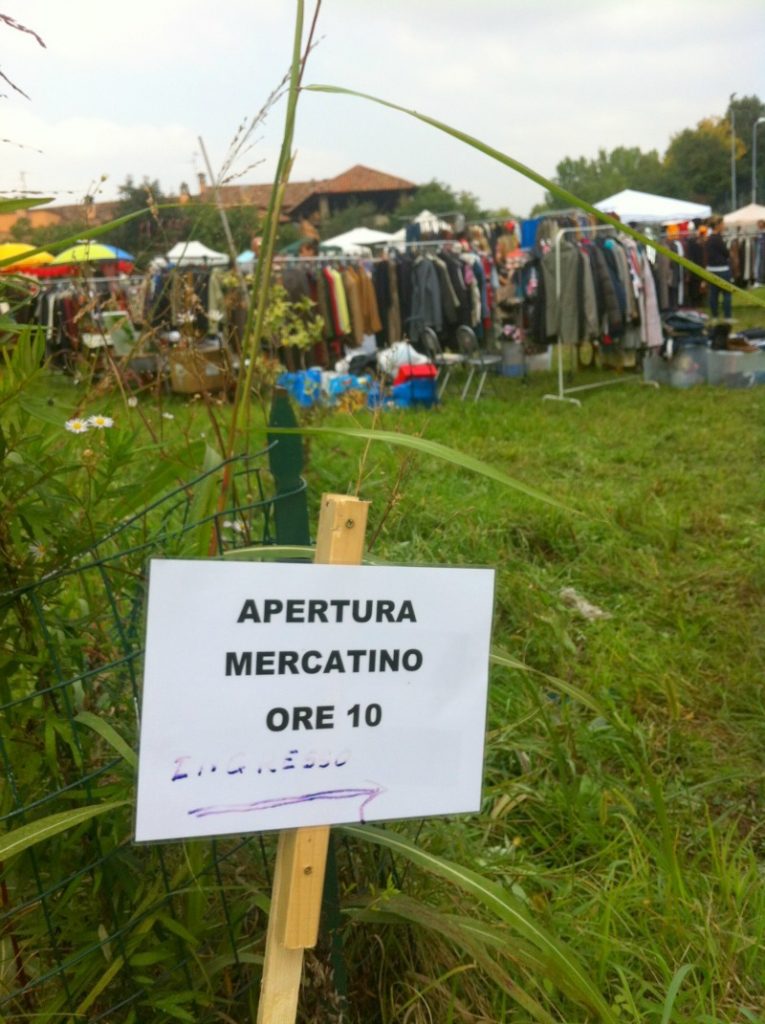 I apologize that I have no way of explaining how I actually arrived at this fab market. I just followed. My crew and I jumped on a bus, got off, got on another one asked many questions, found ourselves on a sort of highway. Got back to a street, found a crosswalk. Crossed it. Here there was a winding little street and BAM! One tiny laminated sign with the word “Cascinet ->” We were there. 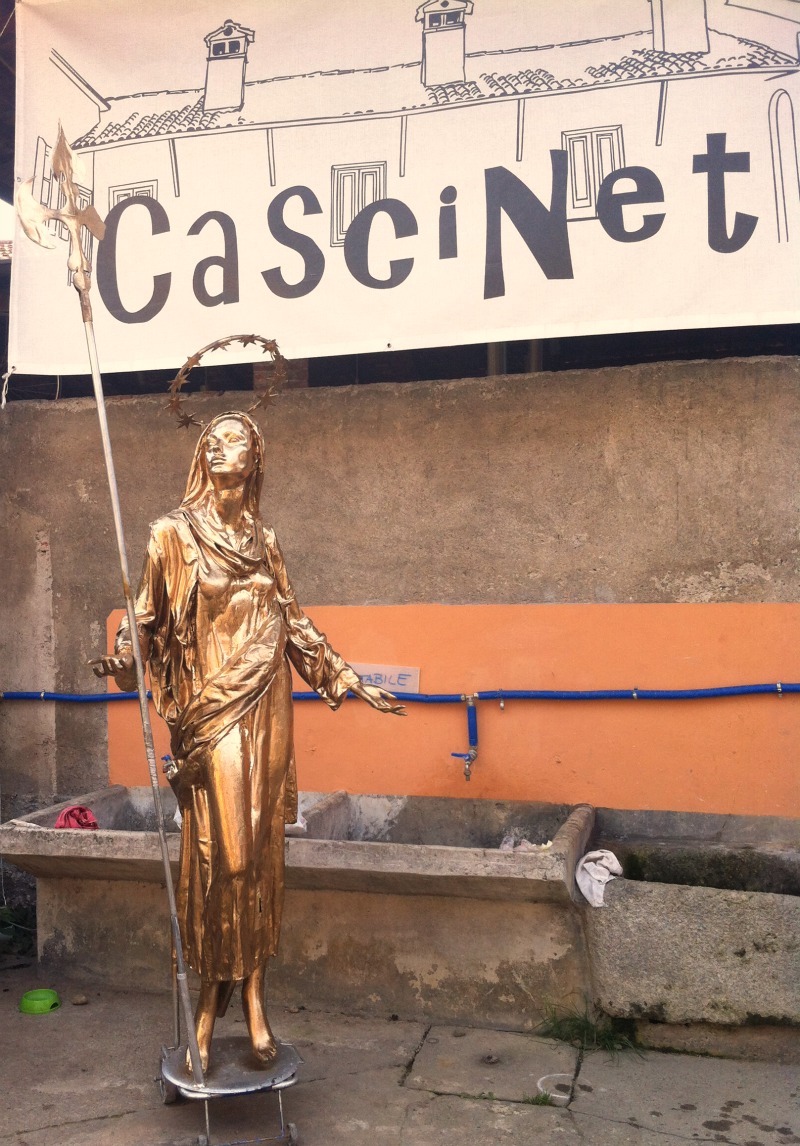 CasciNet is an association that was formed by a young group of people in Milan with similar education and passions. When they discovered the Cascina Sant’Ambrogio it was being used as a large scale icebox. With their skills and hard work the association was able to restore the 12th-13th century farmhouse with its own attached church and its priceless frescos. I later stumbled across one of these works of art when I was going to the bathroom.  It made me stop, pinch myself and say, yes Italy is really this cool and I am so lucky to have it all at my fingertips. 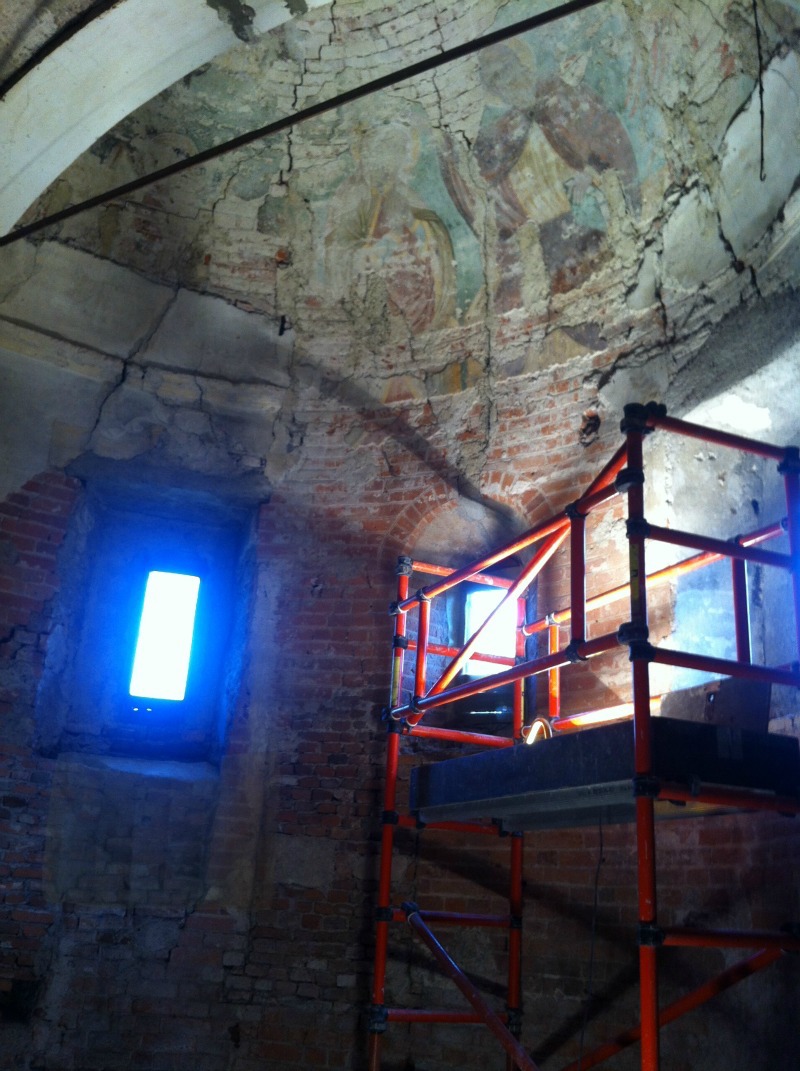 CasciNet is dedicated to cultural, agricultural and artistic endeavors.  The Popcorn Garage Market held as a means to raise money for the association  and restoration of the “cascina”. This is the stuff that makes the world go round, man. The market of my dreams, in a whimsical setting, supporting pickers like myself and contributing to a forward-thinking association…better pinch myself again! 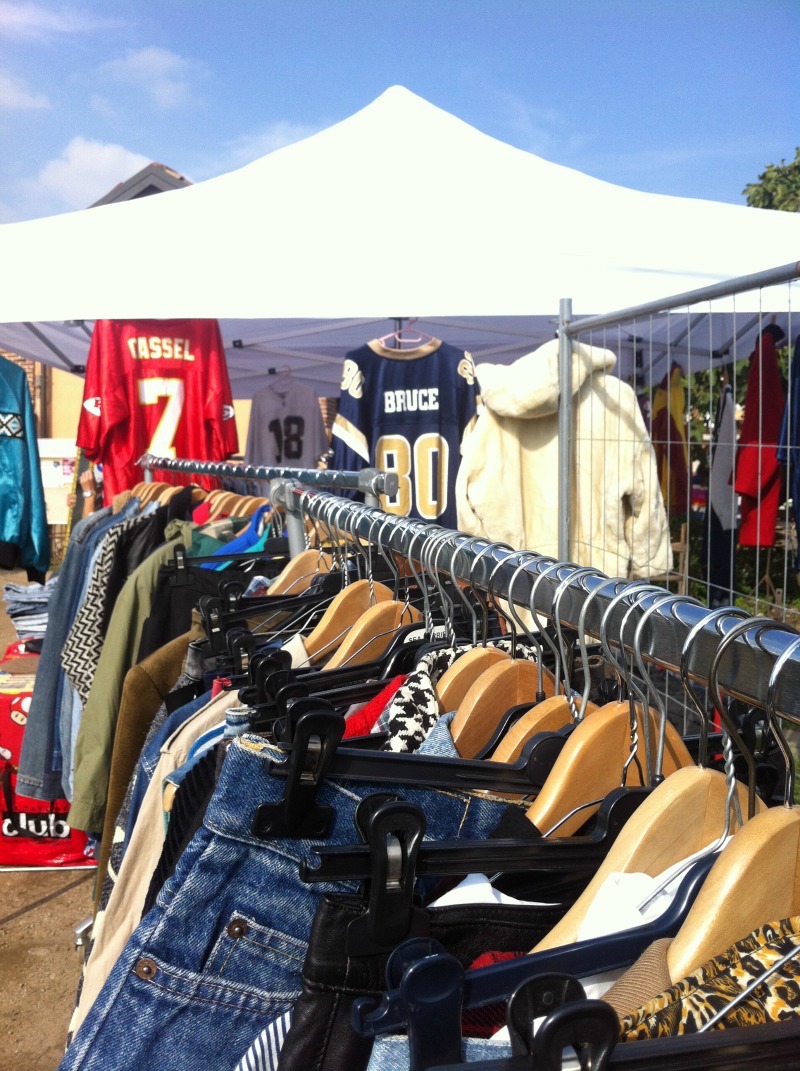 Prices varied from super cheap to more expensive for rare things that are popular at the moment like these American digs-still makes me giggle that this stuff I grew up with a plethora of has become such a fashion statement at the moment in Italy. The good news is that prices just got lower and lower as the day went on! 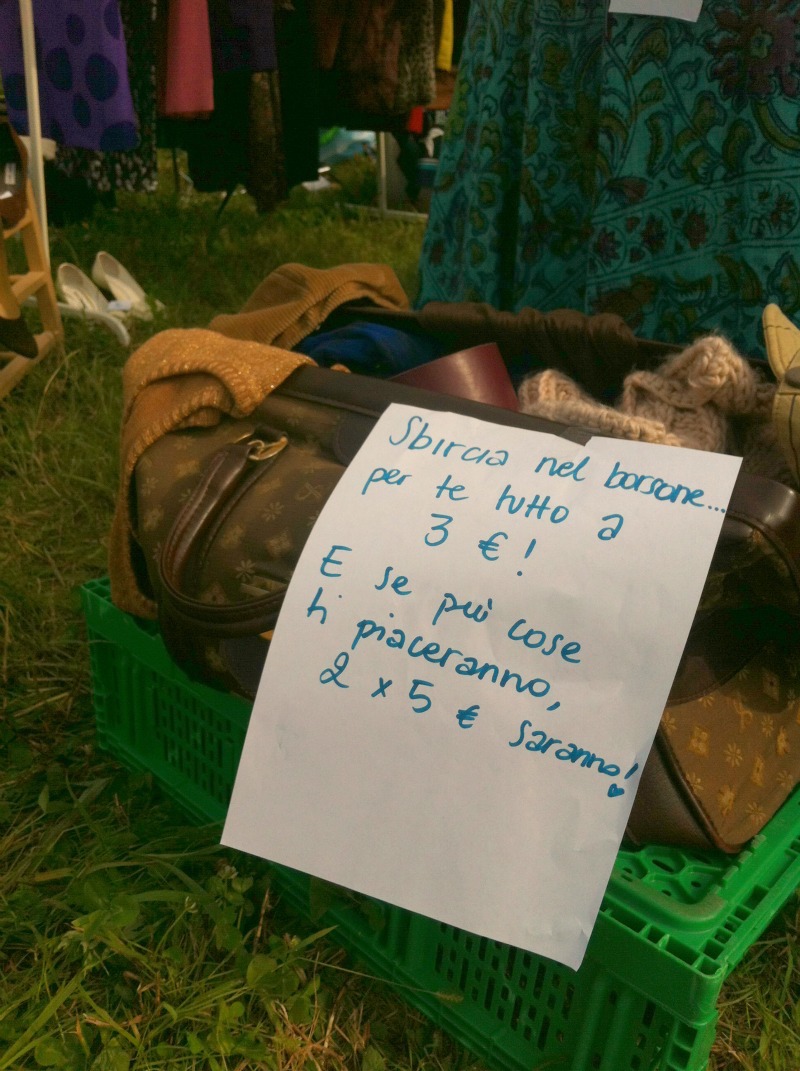 Lunch that was just as thrifty as the goods:  sausage, hot dog or veggie sandwich on a ciabatta with a plethora of stuffing and condiments to choose from. Glass of wine two euro. Awesome. Games and  live fiddle players were free and as were the home grown grapes for dessert. 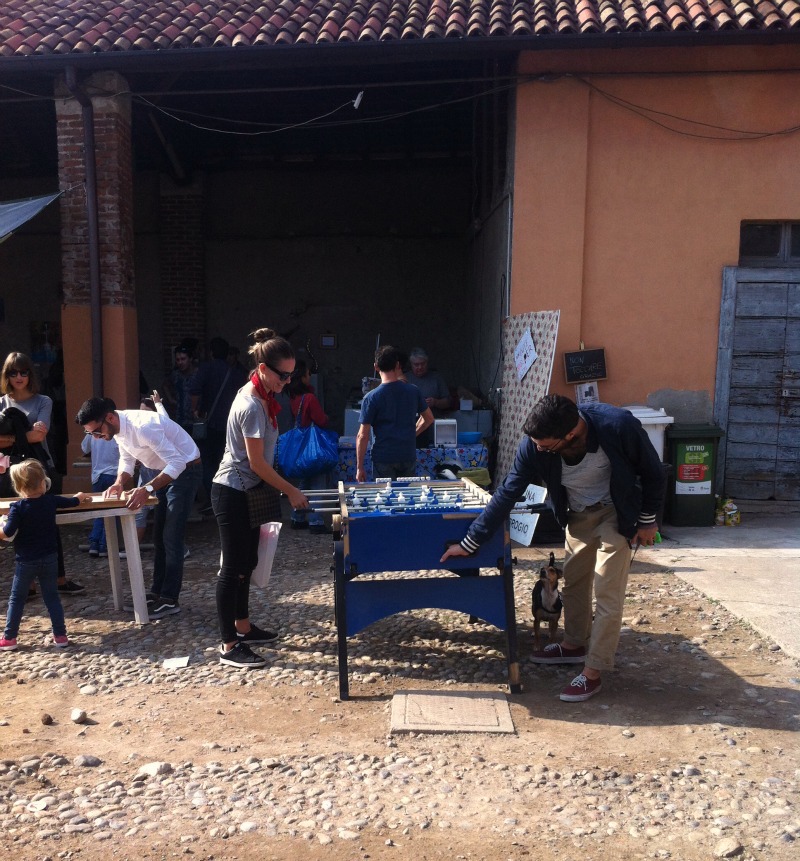 As I mentioned before the market was made of pickers like myself, so the selection was great. Great for someone who loves vintage, but does not quite have digging-to-the-bottom-of-the-Italian-barrel down to a science yet. 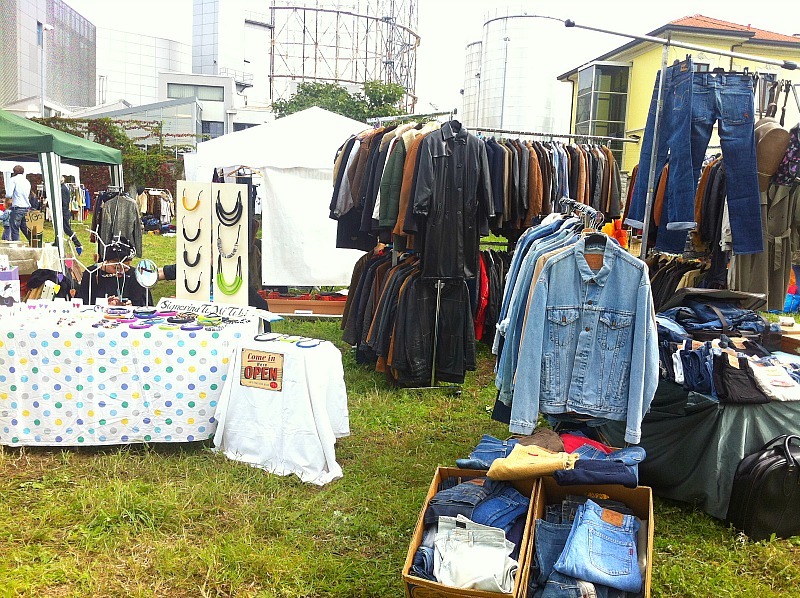 There were also artisanal and  handmade goods as well as well as creations by local and emerging designers. 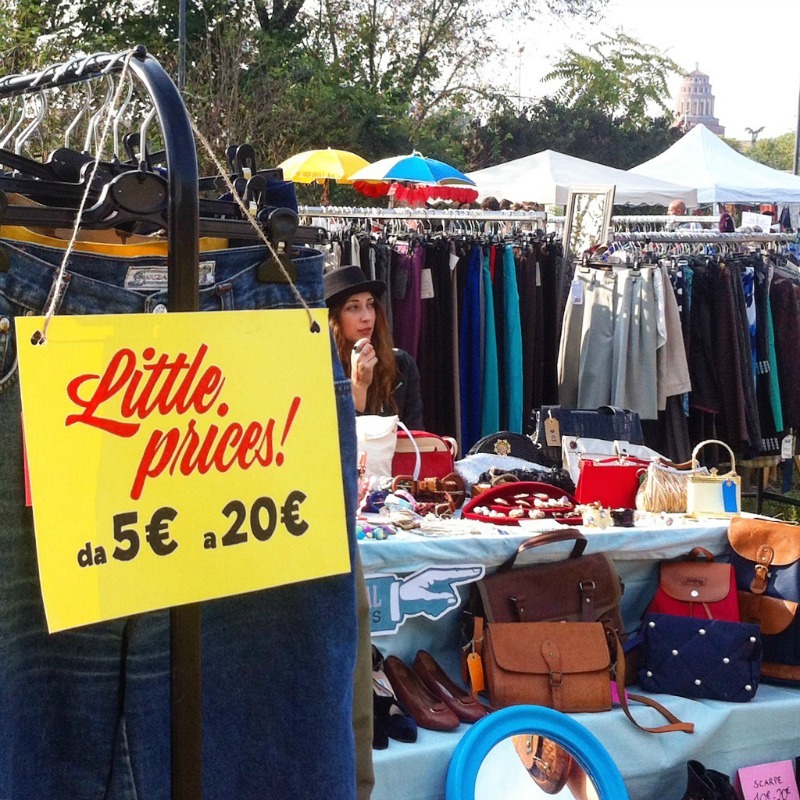 Everyone was adorable as well. Vendors joking with one another and sharing mirrors. It was like a Woodstock of vintage and fashion lovers, eager to share their things and their smiles with you! This was my kind of shopping environment and it showed: I came home full of new-old things to revolutionize my closet . Unfortunately  my crew and I came with very little cash so we just spent till it was gone. Then the perfect lace-up black boots happened… and she took debit cards! God bless technology. 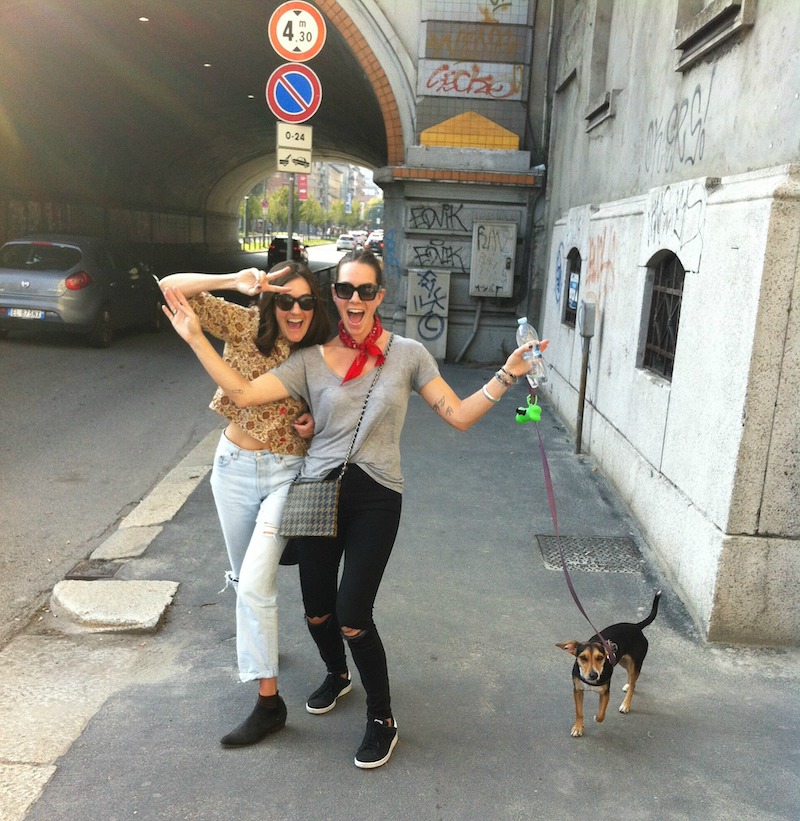 So we left the market in the afternoon when it was still going strong, families, couples and buddies were still coming in and out. But we had a little more shopping to take care of  in the center of Milan… Unstoppable!