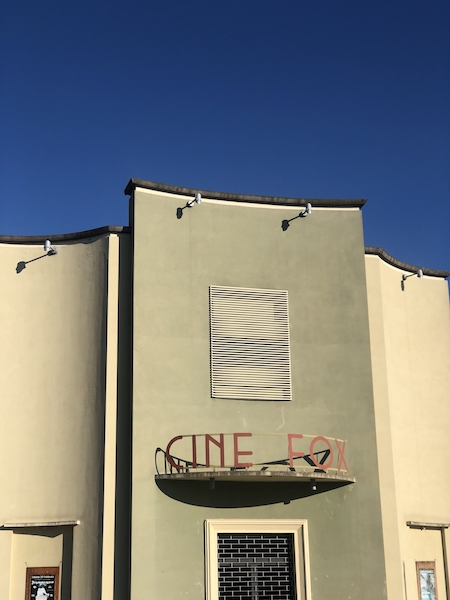 A very significant part of being quarantined in Italy was, strangely, missing Italy. I recognized the prominent emotion that kept bubbling up,  it was that feeling of yearning for Italy; the bee bop, the bull-shitting with strangers, the time-consuming rituals, the sights the smells,  the good feels. I remember this emotion clearly form the years I was still trying to establish my life here. It bubbled up hard during the denial of being back in CA after studying abroad  ’04 and was ever so present during the ping-pong back and forth from Liguria to California while chasing down a spot in the international flussi, the deciding factor in which foreigner gets a visa and which doesn’t, (obviously fueled by bureaucratic “aumma aumma” so pretty useless). 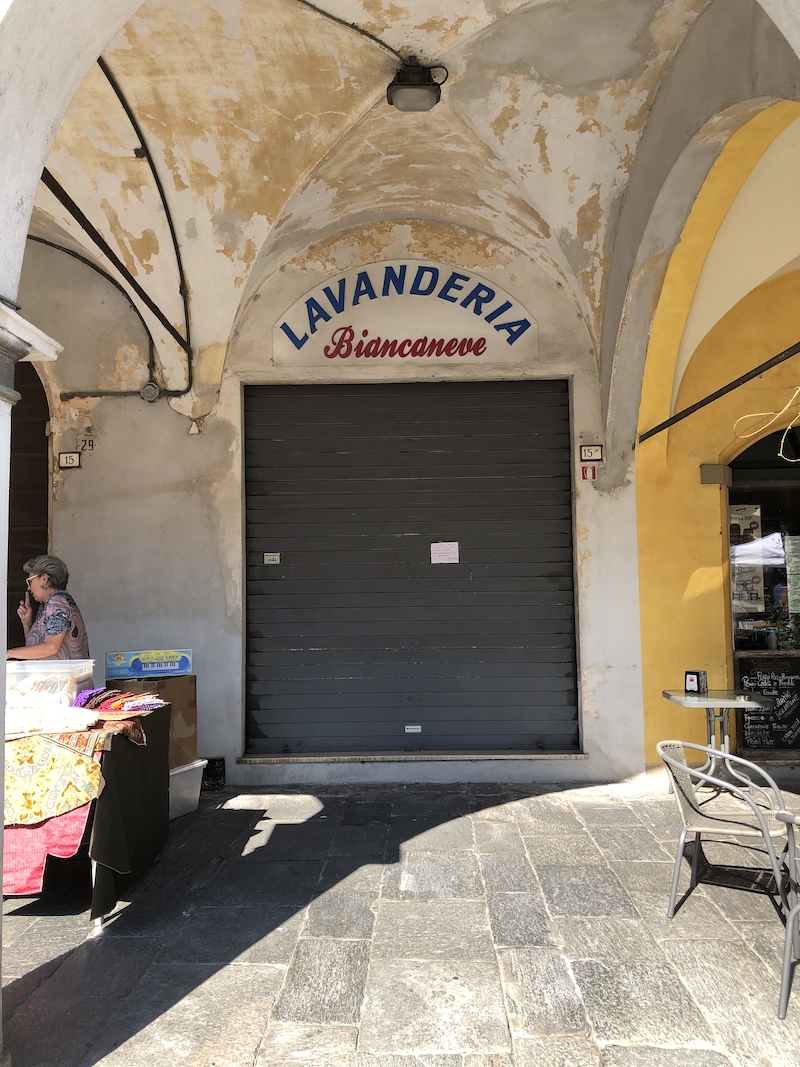 So when we were let out of our homes for work reasons, I had an eager set of senses. Bright ever-spanning dough eyes, that when back in the game – in the office – out on the hunt – that did not let any perfectly patinated sign, old-man filled bar, sweet smile, coffe or amazing item escape them. 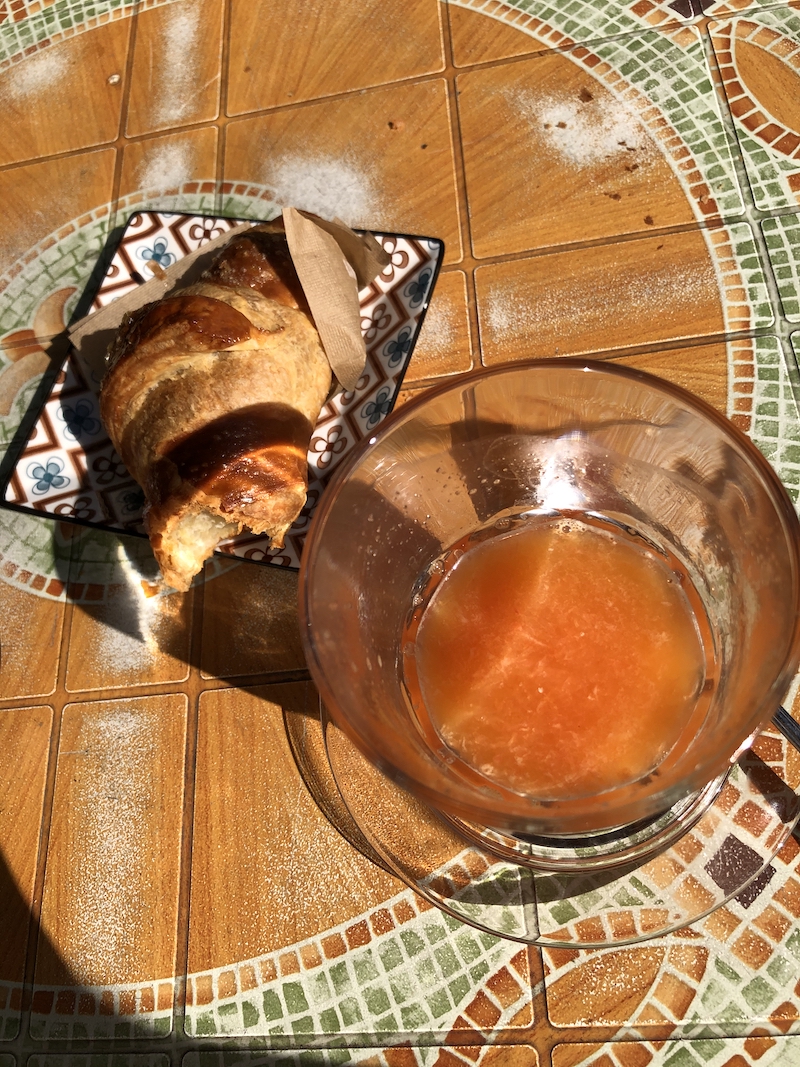 However behind these eyes my head was scared and ever so confused, not knowing if my business would be plausible in the new order. Not knowing when, where or how markets were going pick back up again I literally shoved myself on a train as early as I could one Sunday in anxious tears. As soon as I arrived, dragged all my empty bags to civilization and turned the corner of a silent city in the middle of nowhere, I saw the umbrellas and heard the clanking of vintage treasure. It was like I was reanimated. Scared tears turned to happy ones and I felt a little less like I curling up in a ball and crying and more like diving in again! Uniting my clients with dreamy stock, meeting new vendors, hearing new stories and living Italy and living my life the way I know best, thrifting. 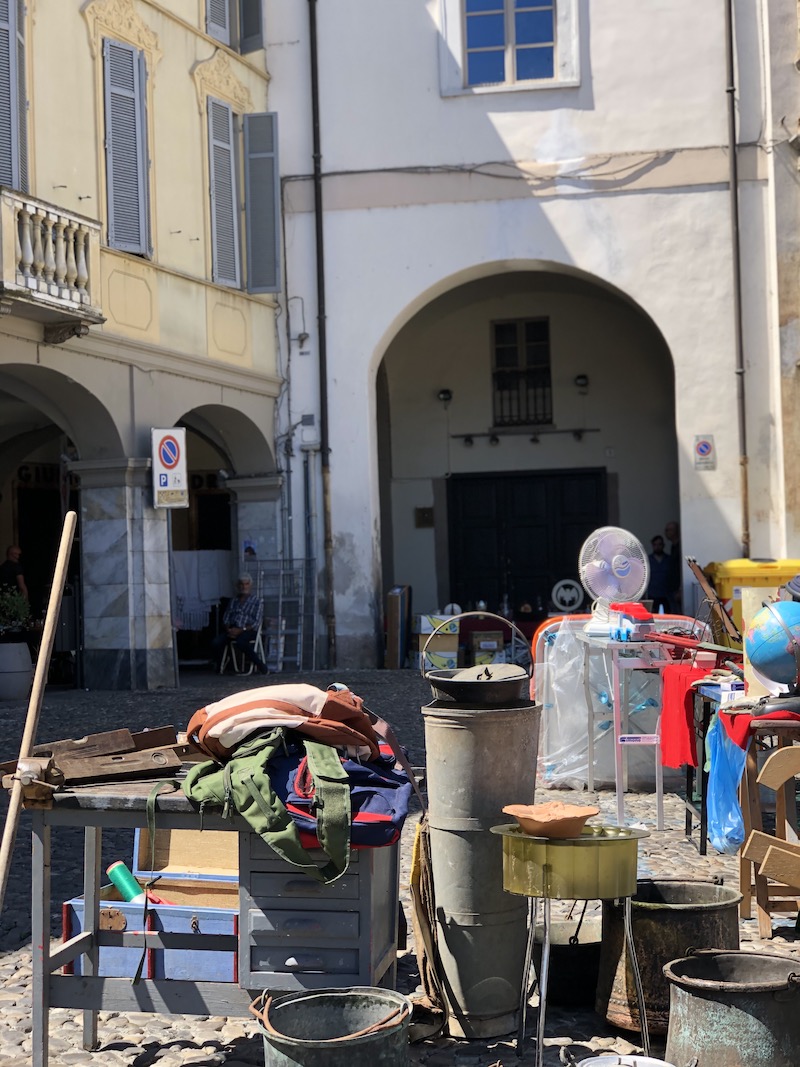 Due to restrictions on second hand and gatherings I was forced to go farther and dig deeper, take more chances like I took when building this network I years ago like: “Will the market be there, or canceled at the last minute?” “Will I get done in time to get the only train back?”  “Or will the train break and I’ll have to hail a huge heavy aluminum 1970s psychedelic umbrella on a bus with angry masked Italians all the way home.?” 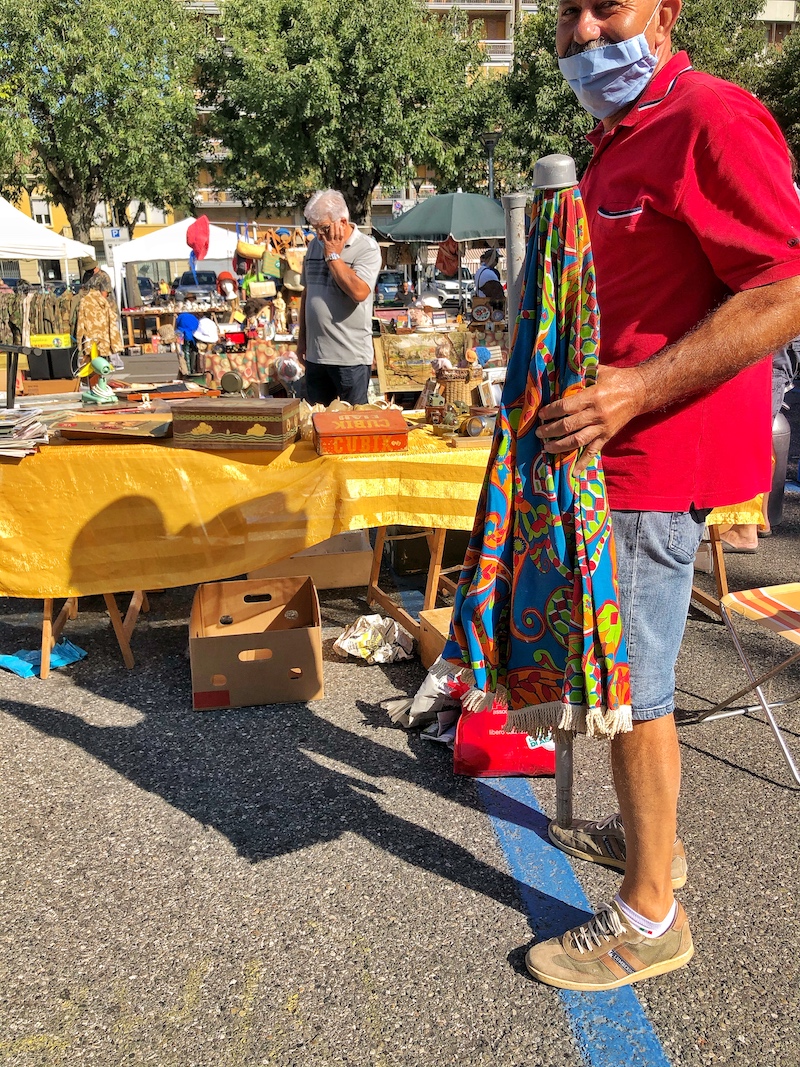 Well, yes I did have to do the ladder and I survived! Step-by-step, challenge-by-challenge, heavy haul-by-heavy haul, creepy stare-by-creepy stare, I gained my strength back both a personally and as a business. 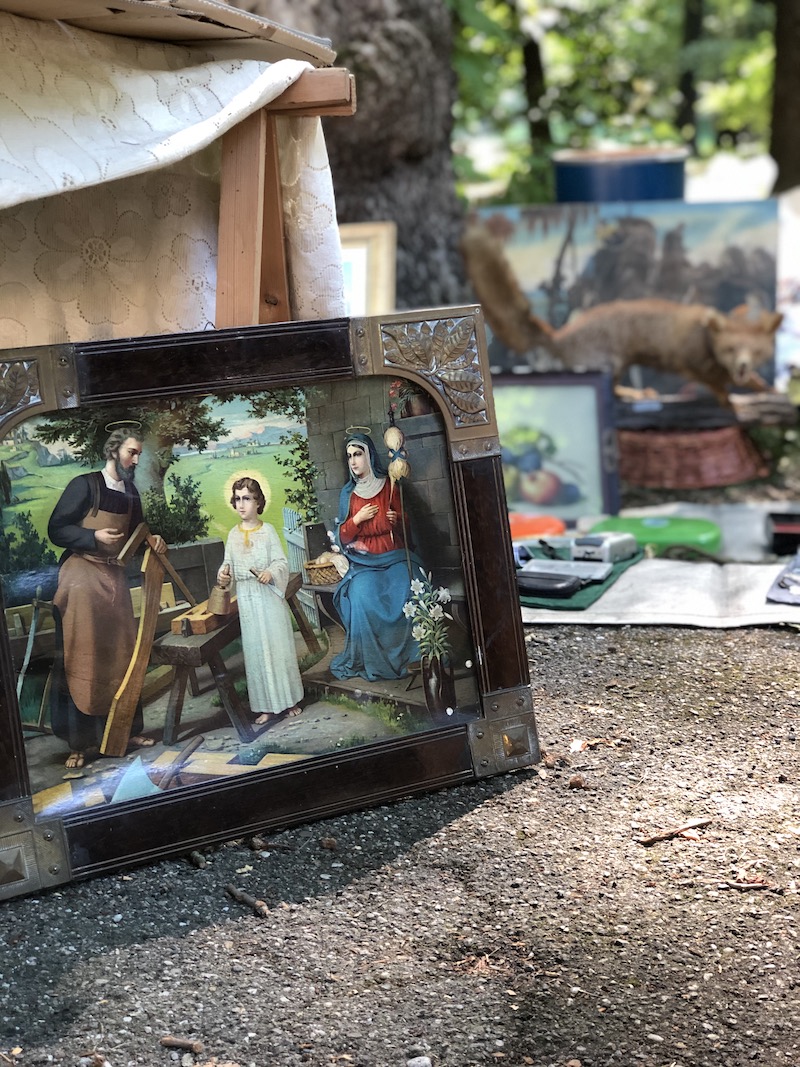 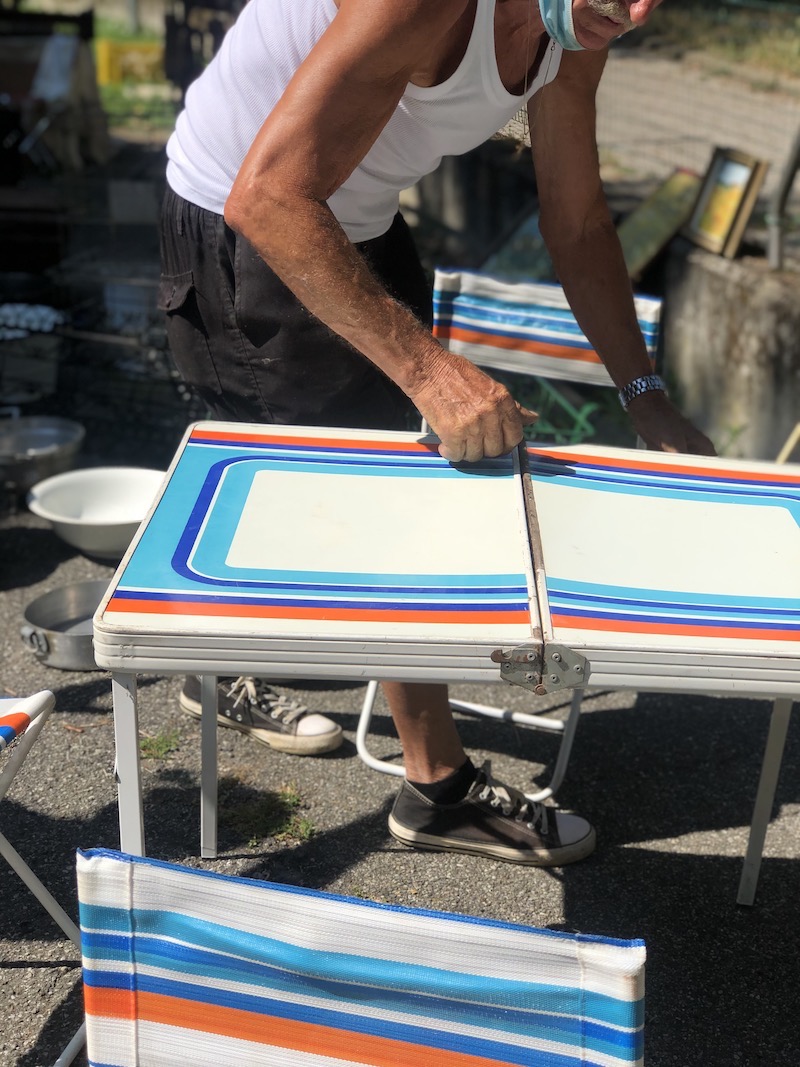 My upbeat vendors, taking things as they come, the resiliency and adaptability of the second hand community, made me feel like everything would flow back to normal, or actually even better than what normal once was. 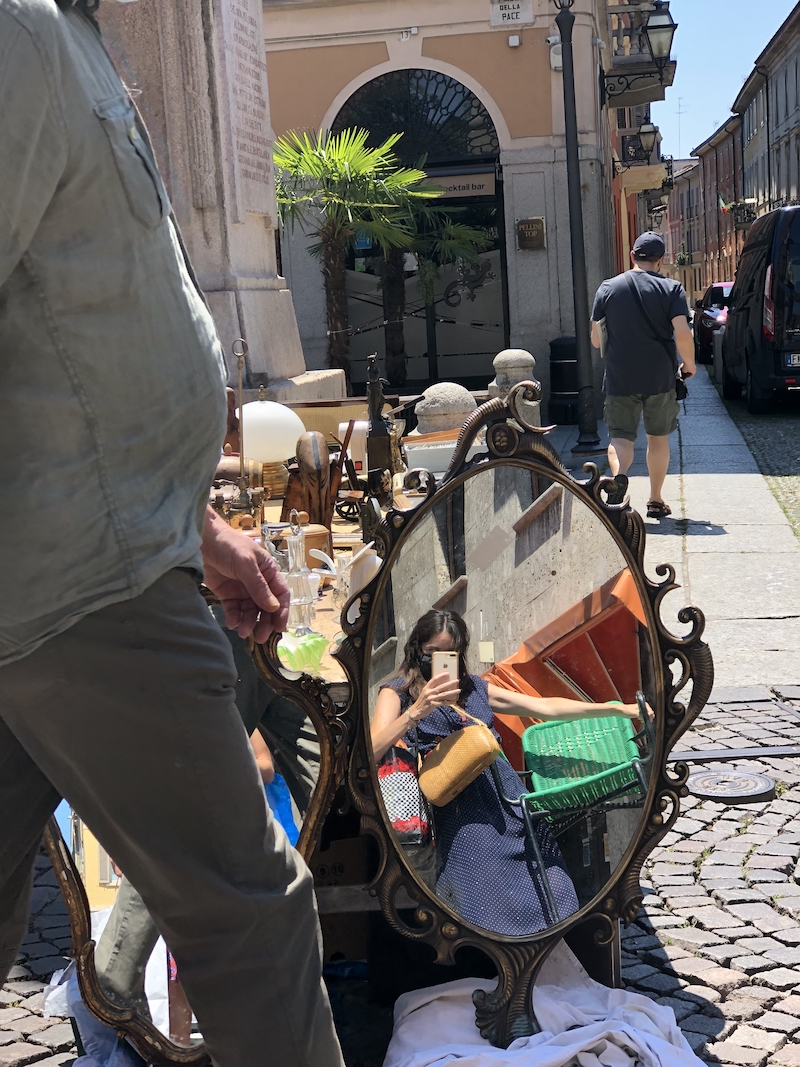 I bought everything I wanted, believed in the pieces I chose and my ability to select. I stretched my sourcing boundaries in a creative effort to jump start the flow of business and the struggle was so much fun! 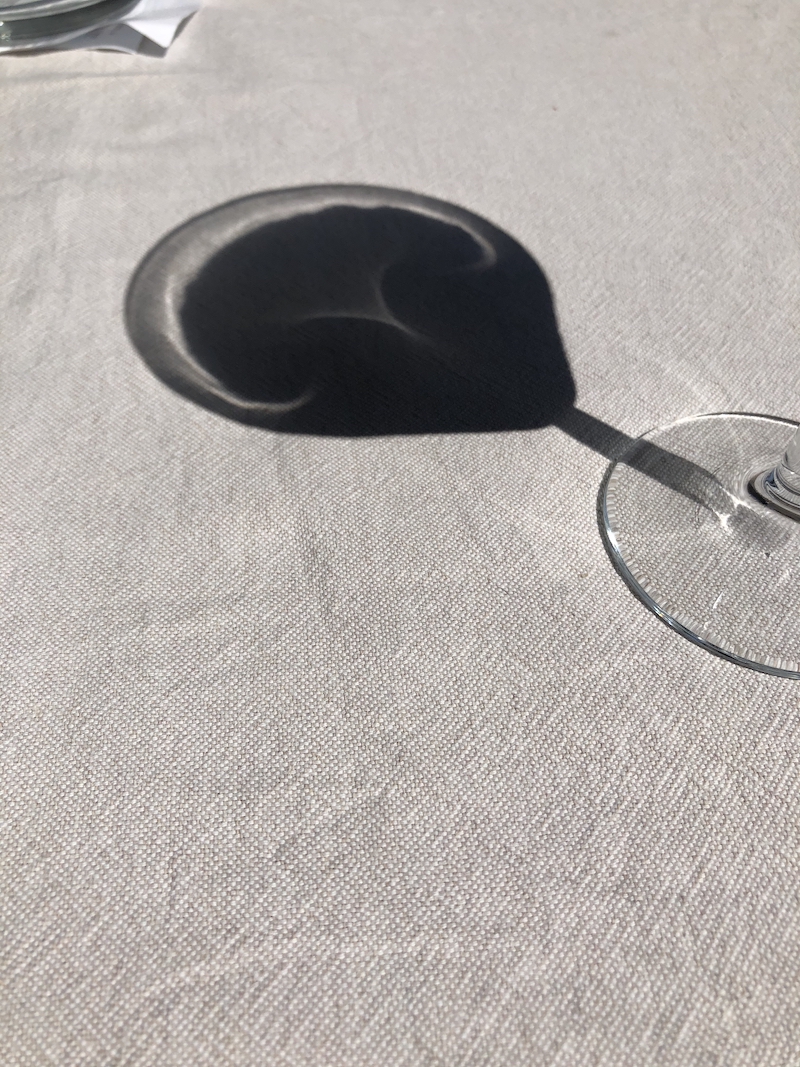 Although extra coffees were had a slower, more appreciative pace was brought back to days at work. I felt like Italy had its old golden bells on for me and definitely stopped to smell all the old retro roses. 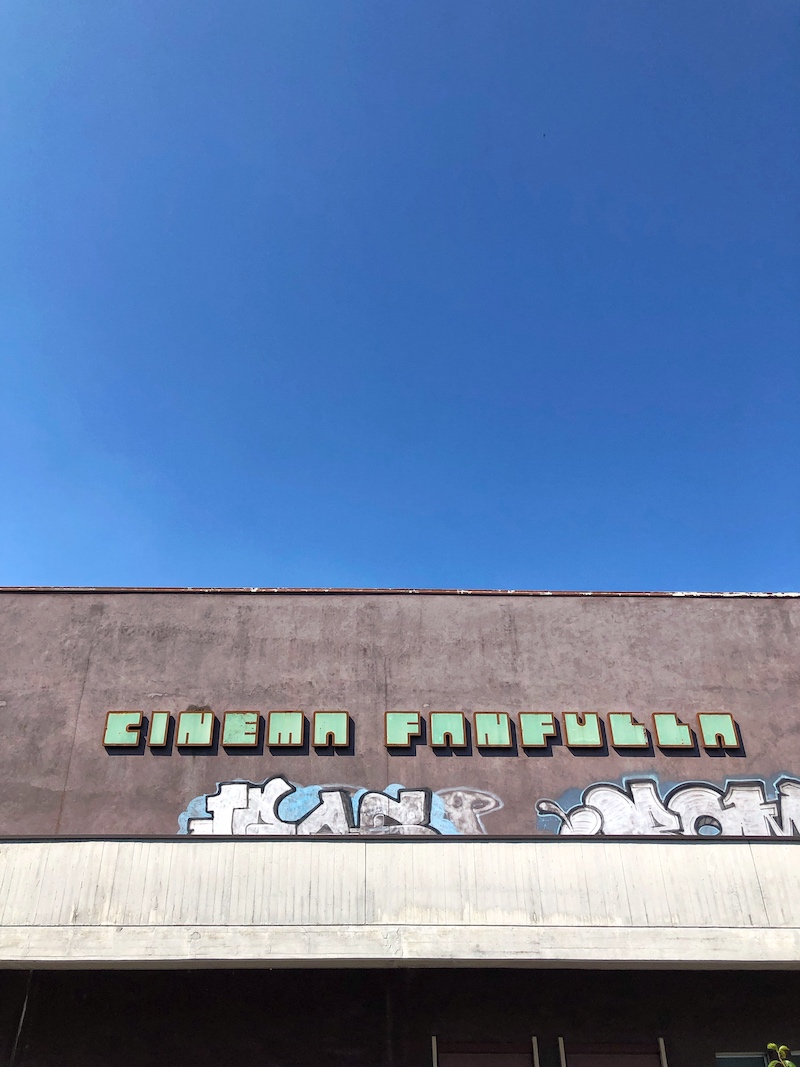