Story Behind the Aiglon Lookbook: An ode to nightlife 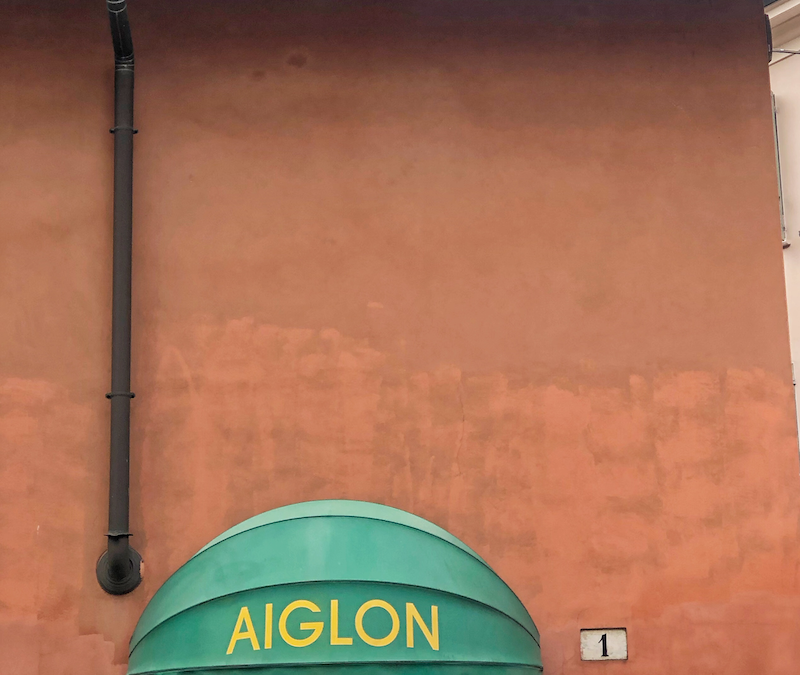 The story behind the Aiglon lookbook  – Winter 2021 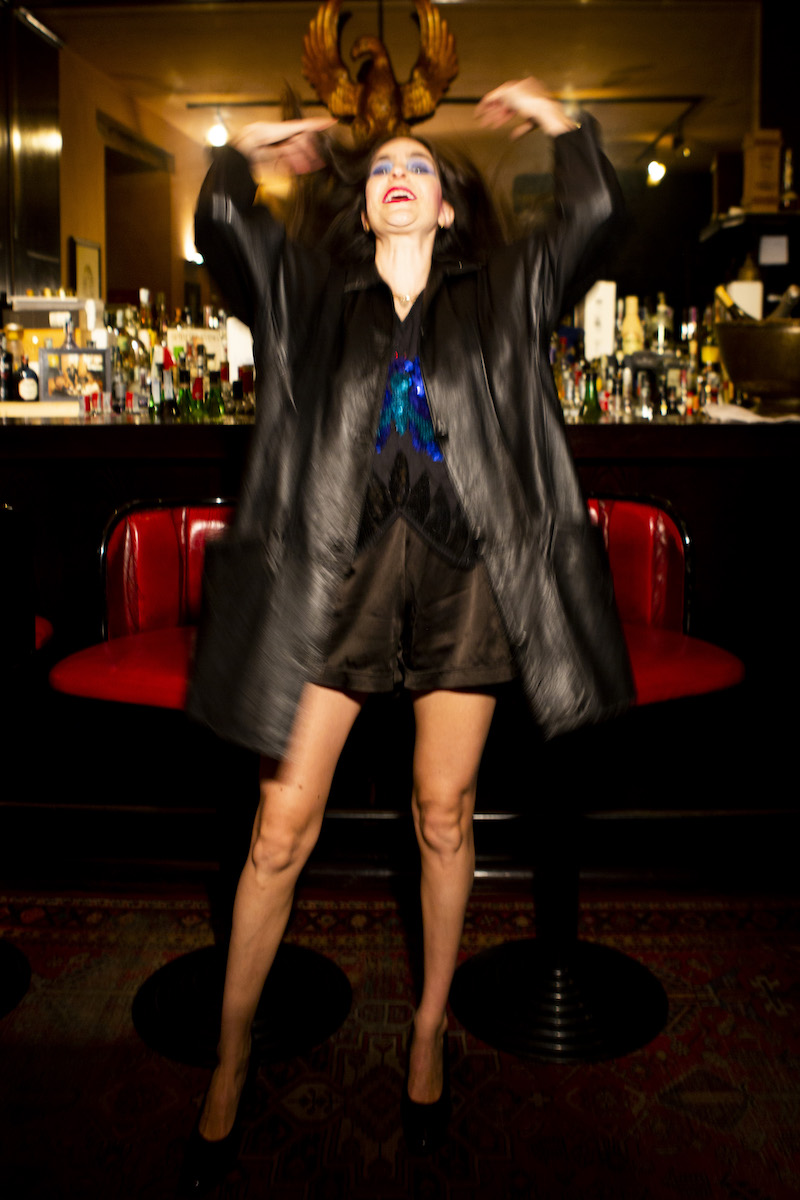 An ode to the drama of nightlife, sparkle, glitz, bubbles and above all, the epic lounge Aiglon with an atmosphere consciously constructed to foster the emotion of “star bene insieme” – feeing good alongside one another. Aiglon means Eagle in French and was named for owner Franco’s simple love for the powerful elegant creature. Aiglon reflected perfectly off the sparkle of hope that some day we will be able to go out, gather inside and be together. When this day happens I feel like the world may just shoot out of a style cannon, like nothing will hold us back from heels, leather, sequins and bold lips, everything that has been patiently waiting to step back into the social scene they once reveled in. 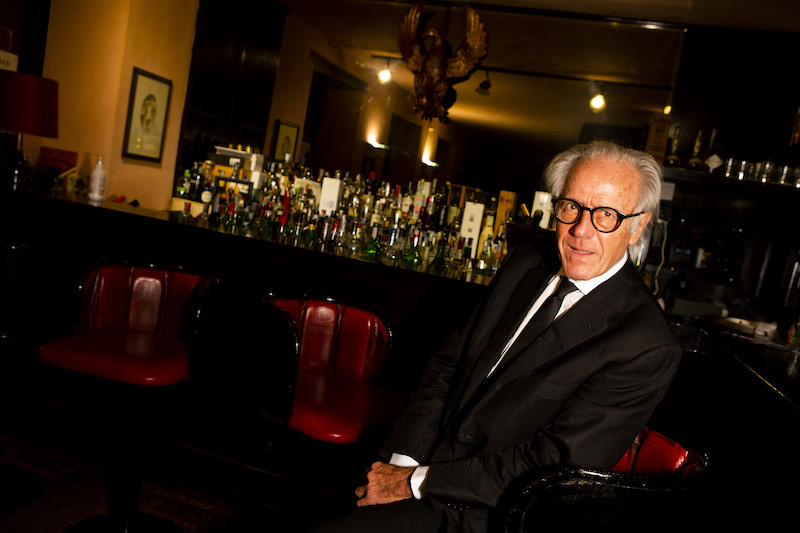 Owner and indelible barman Franco spent 23 years pouring to patrons all over the world on cruise ships making colorful memories he only mysteriously hinted to. He came back home to Piacenza and in October 1990 opened Aiglon Cafe’. The space where Aiglon was erected was a dusty shop selling bearings and Franco turned it into an embracing locale where he would want to be in his spare time. A place for people to be well, consume quality products and call home. 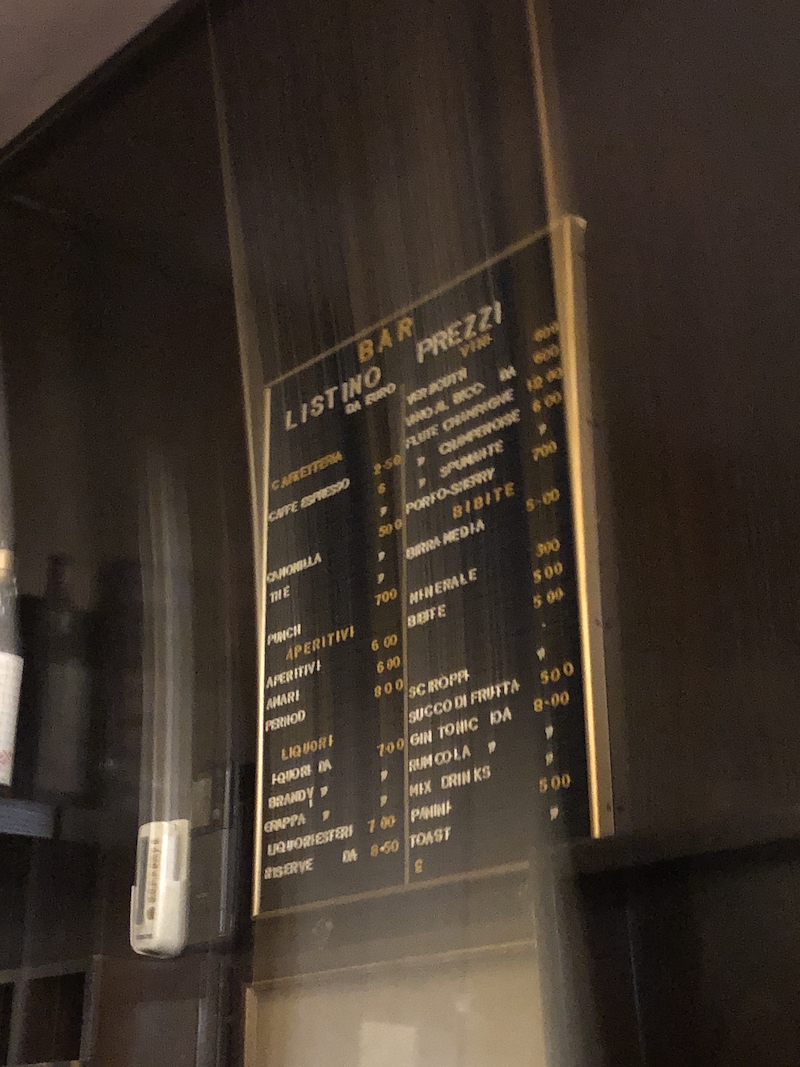 He smiled nostalgically and fiddled with his unlit cigar as he told me about clients that he saw grow up opposite of him at the bar. Kids that came to have a night out, grew into men and women, got married (or divorced), started families and came back with their kids.  “Clean clients” he said, an atmosphere where everyone could just be, socialize and share moments. Moments that could go on till sunrise, no curfews in sight. 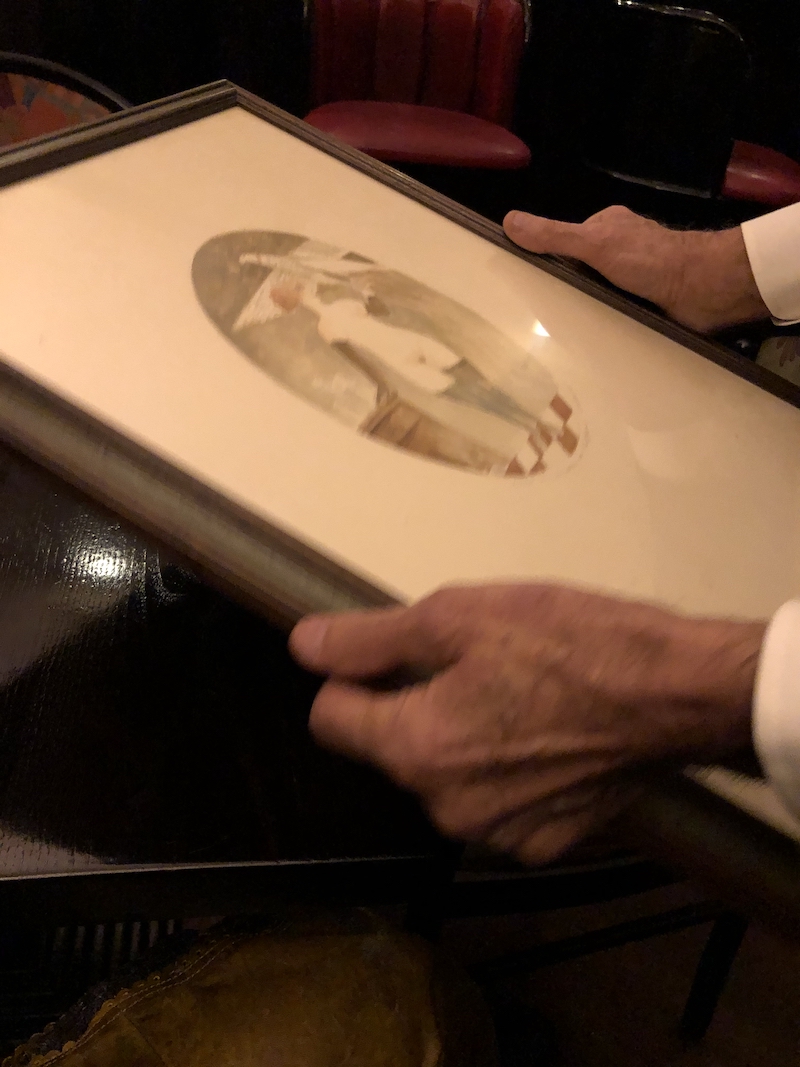 Although Franco spoke in depth about every piece of artwork he commissioned specifically for Aiglon, I tried to dig deep into scandalous midnight stories. However, when I inquired about his best nights, he would get about halfway through, then laugh, look to the side, fondle his cigar and keep the rest of the story for himself. Oh how I longed to have a drink between myself and the man with the time and the liquid courage to extract every last detail out of him!

He concluded with this quote spoken like a true barman:

“I have always been great at resolving everyone else’s problems, my own, a bit less “

Once I got to Franco, I called the moody-magic making photographer Nikka Dimroci. You may know her name form my past lookbooks, I have worked with her on many projects and never intend to stop.  I sent her pics of the plush red interiors, colorful booze-filled-shelves and dark decorated corners, and she immediately imagined in all unfolding on film. 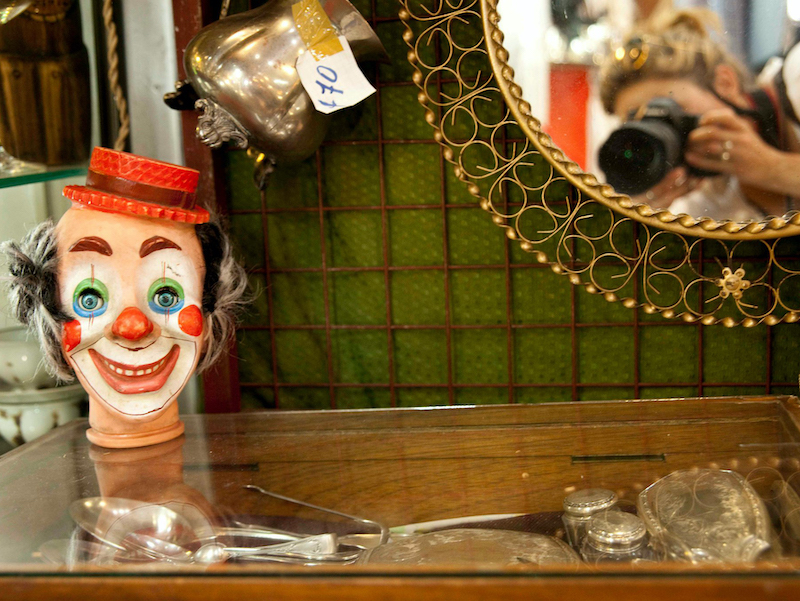 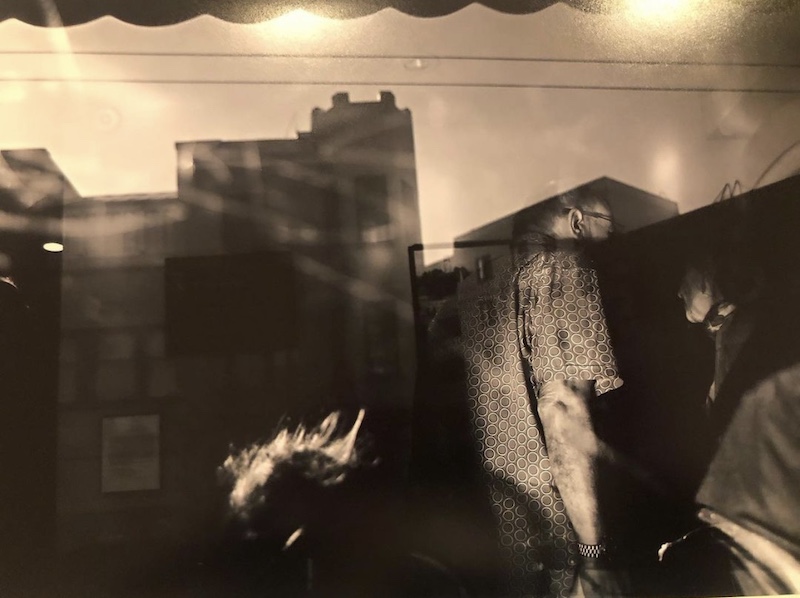 Nikka has been shooting full time since 2008. After graduating in Art History form the University of Bologna she worked in galleries, observed, absorbed, grew and cultivated her passion for photography by taking classes in the evening. She worked as a photography assistant where she learned the ropes and then courageously set out to make her passion her livelihood and opened a studio in Piacenza. Here, you can see her work spanning from on-the-road reportage with bands to candid shots form weddings, and studio work with memory-making portraits. She is the queen of capturing the moment.. 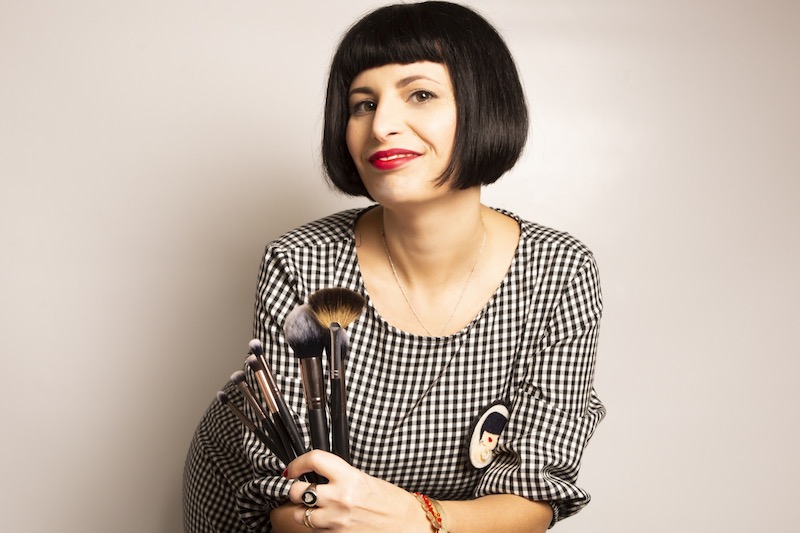 When Nikka said make up, I said OK. She brought on friend, and talented make-up artist, Barbara Devoti who stepped straight into the shoot and took it to new level with her vision. Barbra graduated form a private cosmetology school in Italy when she left her “office job” to pursue a career that spoke to her and that, I can personally say, she was born to do. She has worked making up the faces of runway models in Milan, but speaks lovingly about working in theatre with the opera singers because there was always a real story to tell with the makeup, more drama! 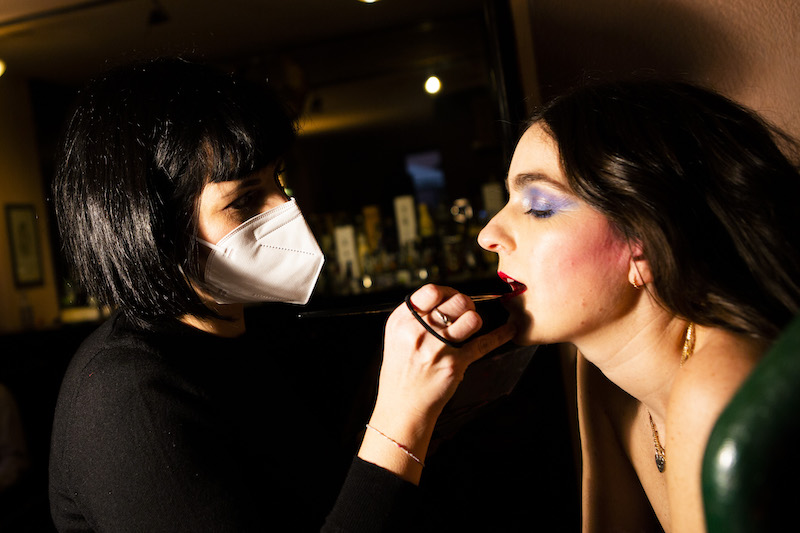 Once she had material gathered by Nikka and I, she sent over a muse she clipped from a magazine long ago who she knew would come to life in Aiglon. Once we all saw her, we knew the story was complete.Right before I concluded the interview with Barbara, she laughed vividly remembering getting her first play make-up kit when she was 7/8 years old. She said she never put it down and especially loved using it to do the make up of all the kids in her neighborhood and put on shows. 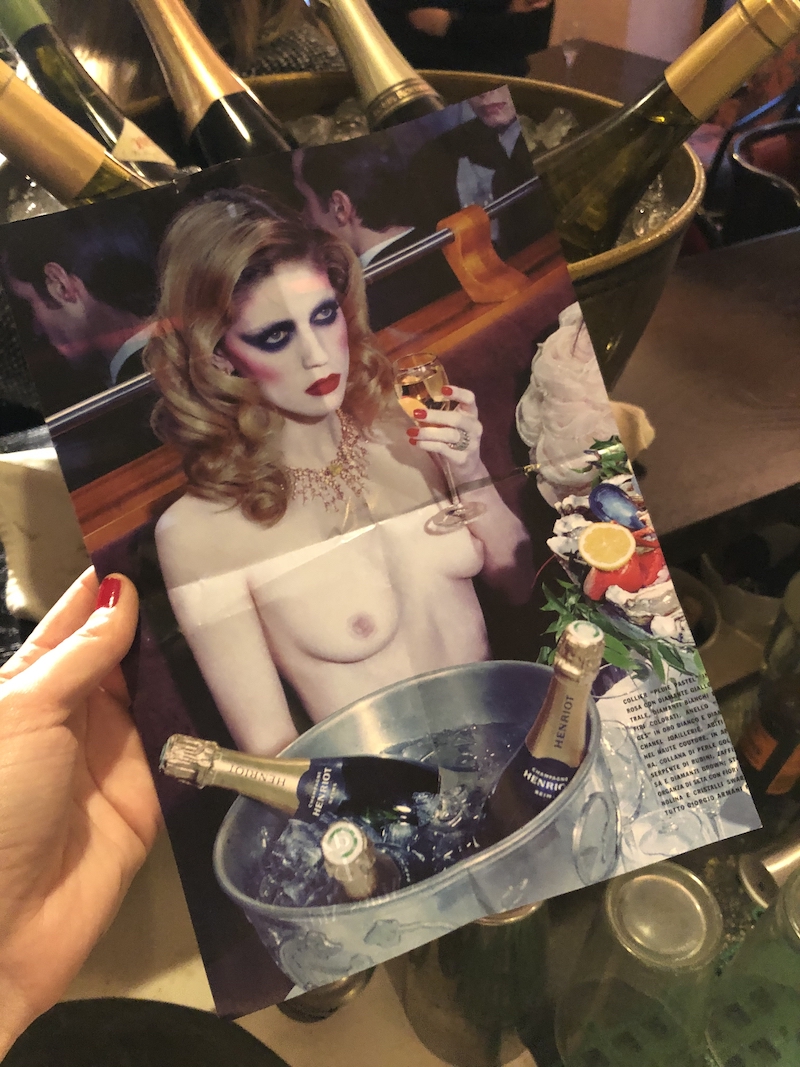 Now for the clothes. I noted a strong attraction to sparkle and glitz that overcame my vintage buying this year. Usually being items I don’t add to my stock or particularly believe in, I found I could not resist the good vibes beaming form the bling and the idea of throwing on some sequins with jeans or cutoffs in the summer this year.  After a bit of reflection and some recent fashion chatter, I realized that this was not a new phenomena, but similar to styles following the ebbs and flows of high and low points in our history. Perhaps, on the other side of these historically hard times, humans will resurface with the desire to shine! 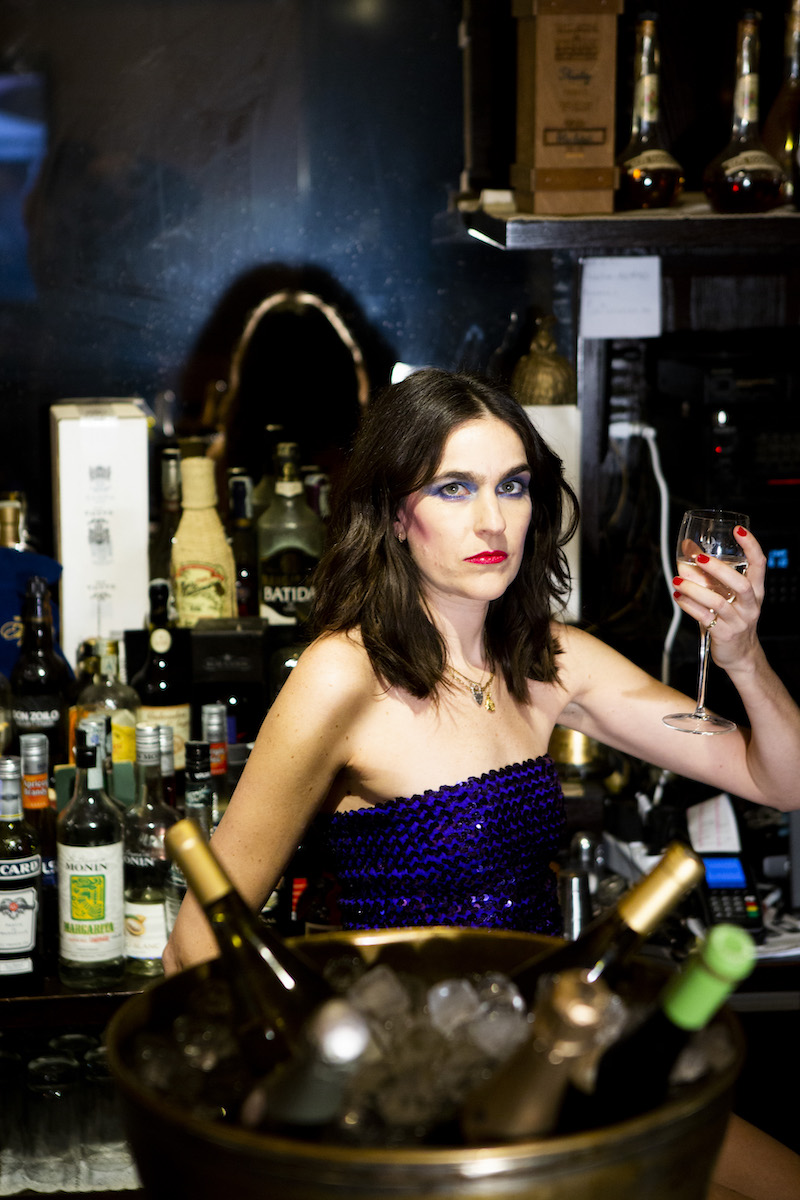 Aiglon lookbook including vintage available for sale from my overstock will be live on the site and on Instagram Thursday, February 4th. I can not wait to share, see you there will your bells on!